There isn't much of a military air presence in Calgary, so when the occasional CF-18 does fly over, virtually the entire street rushes out of their homes to catch a glimpse. So we found it somewhat unusual that the inhabitants of Surprise, Arizona – very close to Luke AFB and where we're currently on vacation – don't even glance upwards as F-16s thunder over their golf carts. I, on the other hand, was getting whiplash from leaping off my deck chair everytime I heard a rumble in the sky, so yesterday my wife and I decided to drive to the end of the runway at the air base and get a proper look, as well as take some pics. It was harder than it looked: by the time we'd spotted the little black specks hurtling off the runway and got the camera ready the F-16s were virtually on top of us, and trying to get them in the lens, let alone focus, was pretty hard. The noise was deafening, but man, they were impressive. (I only have a 200mm zoom so these have been greatly enlarged). 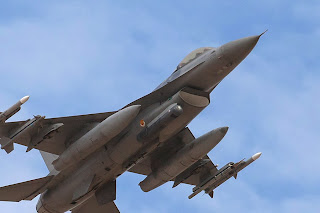 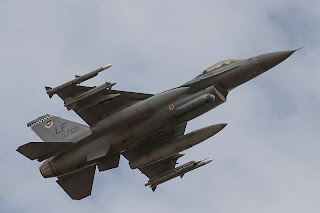 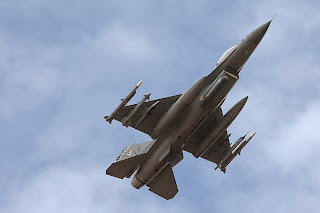 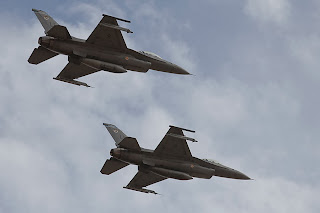 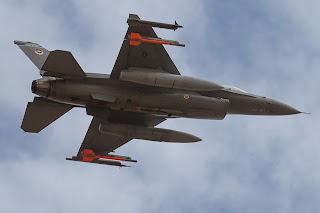 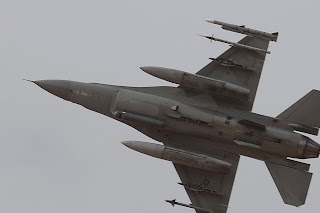