This is another kit from my Feb 1st posting, in which I listed some of the stalled/abandoned kits that had lay untouched for years, in some cases. The Special Hobby 1/72 Bell X-1A was a fairly straightforward build, though like most kits from this stable it pays to do lots of dry-fitting before applying glue, because some of the locations are quite vague in the instructions. The biggest issue I had with it was the canopy, which was slightly too wide for the fuselage. In attempting to glue and clamp it in position stress-marks appeared on the top which aren't quite as visible to the naked eye as they are here, highlighted under the photo spotlights. So, not altogether successful but it's nice to be able to (finally) cross it off the list. 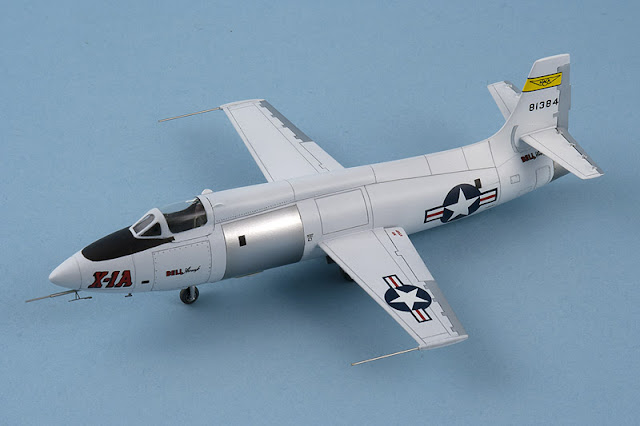 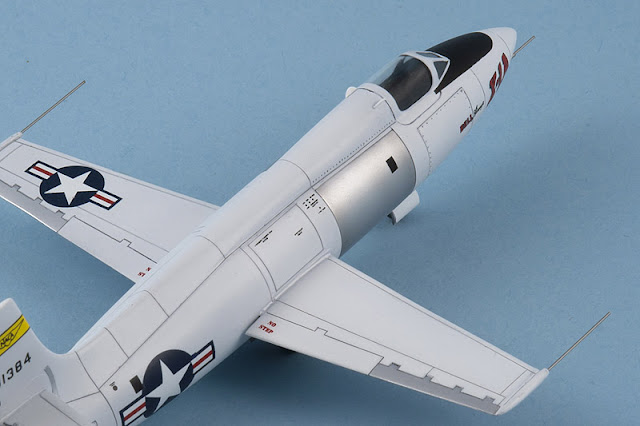 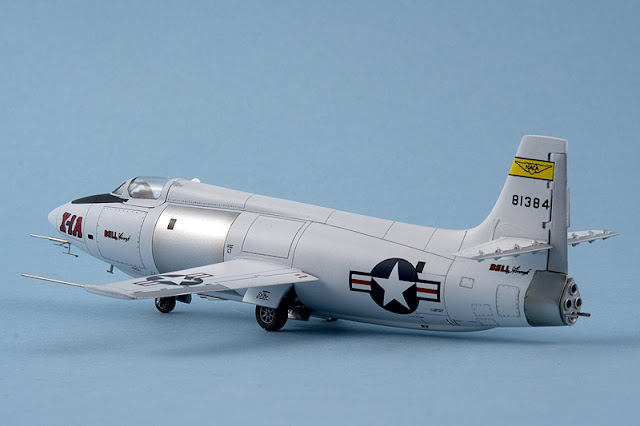 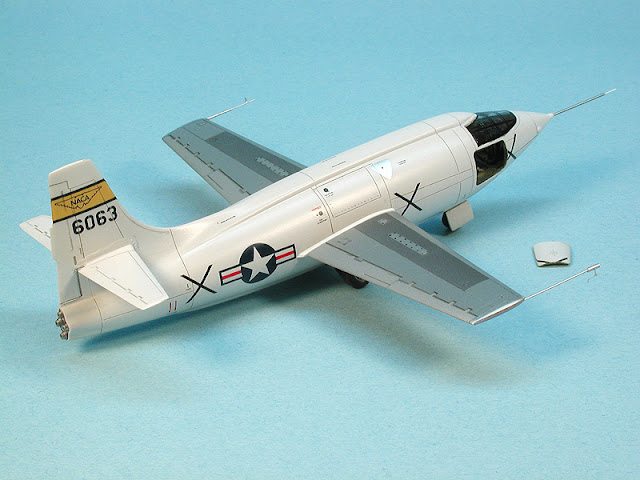