I always thought 1/144 models were half the size of their 72nd counterparts, but of course that's not true: they're actually 1/8 the size in 3-dimensional terms. Which explains why Eduard's 1/144 Fw190F-8 is dwarfed by the Airfix version I built last year.

Anyway, I built this to jump-start my modelling again. Somewhat burned out after finishing the article series, and without a deadline to motivate me, I've spent the last few weeks watching inane TV re-runs instead of being productive at the bench. I thought a quick completion would help, and as there was a 1/144 Group Build going on over at the Unofficial Airfix Modellers' Forum I jumped in.

The subject is a captured 190 and the camo scheme is completely spurious, applied by the Americans to make it look more Teutonic. The kit was really basic but the shape looked OK, however I've come to the conclusion that 144 scale stuff takes just as long as bigger scales because you have to be that much more detail-oriented; choosing a squiggle-pattern probably didn't help either. 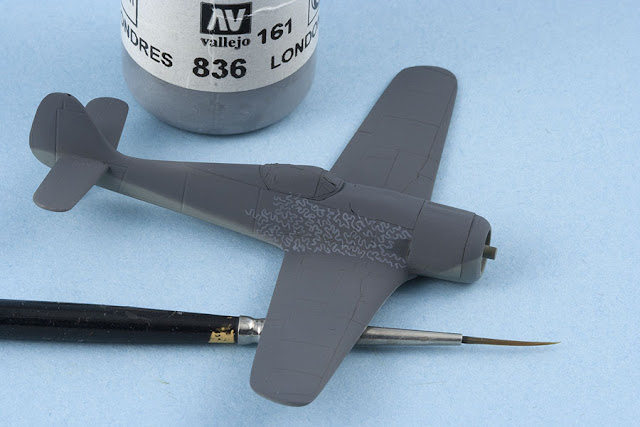 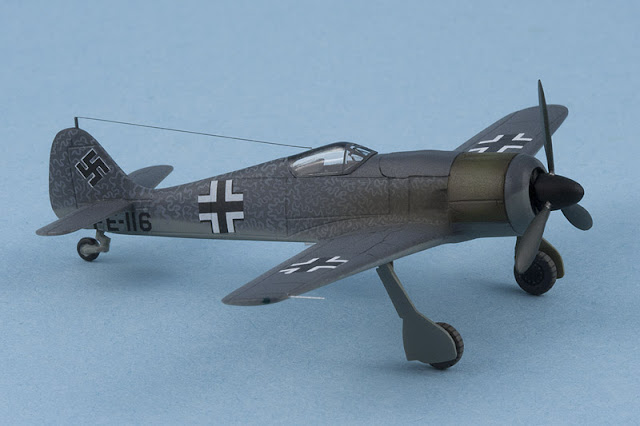 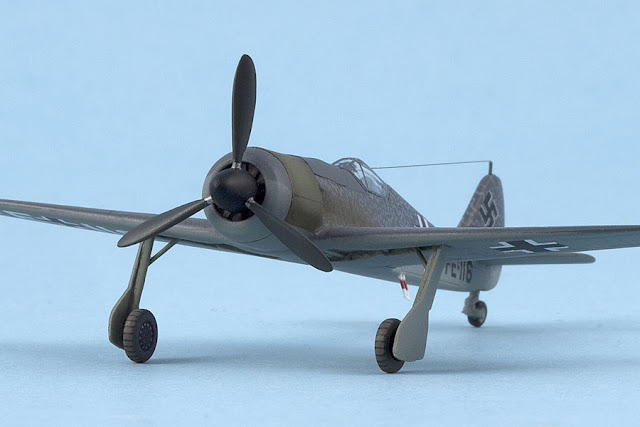 Email ThisBlogThis!Share to TwitterShare to FacebookShare to Pinterest
Labels: 1/144, Eduard