What's on the box?

The resurgence of Airfix over the last few years has been due in no small part to its superb marketing and branding operation, in which the boxes themselves play a significant role. According to the Airfix Tribute Forum there have been at least sixteen distinct box styles, plus variations, since the brand began back in the 1950s. Having begun my modelling journey some time in the mid-60s, I could probably chronicle my life alongside the evolution of Airfix packaging (a future blog post, perhaps).


For many, Roy Cross will always be the Airfix box art illustrator, and I certainly feel a strong affinity with his work – the stick of bombs falling from B-17G 'A Bit O'Lace', the blazing engine on the Lanc as it makes a sunset landing, an Israeli Mirage shooting up MiG-15s on the ground. However I also feel that the current red-box style with its computer generated imagery is probably the strongest and most effective branding that Airfix has yet achieved. Just as importantly, the quality of the new-tool kits inside now matches that of the box art, which has not always been the case. The majority of these new box top illustrations have been created by UK-based Adam Tooby.

On a forum recently I read a post dismissing Adam's artwork as 'just computer art', as if it had no artistic merit, or was simply generated with the click of a mouse (File> Filter> Create Hurricane II). A few months ago I got hold of a copy of Mr. Tooby's book, 'Warbirds – the Aviation Art of Adam Tooby', which goes a long way to dispelling any such misconceptions. The book is a superb collection of aircraft illustrations, some reproduced across two pages (the Lanc across a 3-page fold out), accompanied by informational text about each type. However there's also a section which delves into the artist's creative process which makes fascinating reading. Each of Adam Tooby's illustrations is rich in colour, beautifully composed and incredibly detailed.

Without wishing to sound too melodramatic, the art of Roy Cross defined a generation – of kit-building schoolboys, at any rate. Perhaps Adam Tooby's work is defining a new generation (or maybe it's the same one but now with expendable income and reading glasses). 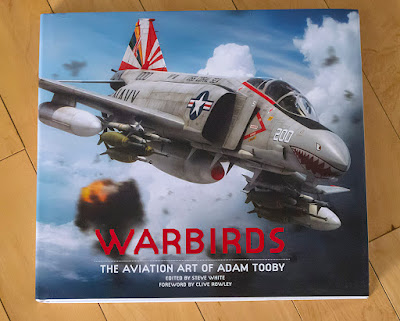 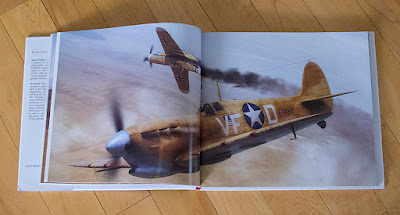 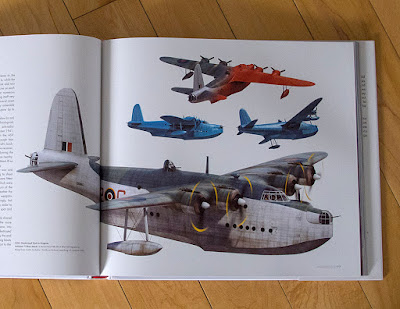 The book is available directly from Adam Tooby's website, and he offers to sign copies too. (I'd have really liked that option but cheaped out, having found a retailer offering free shipping.)